Why I Should Have Trusted My Instincts With The Switch. 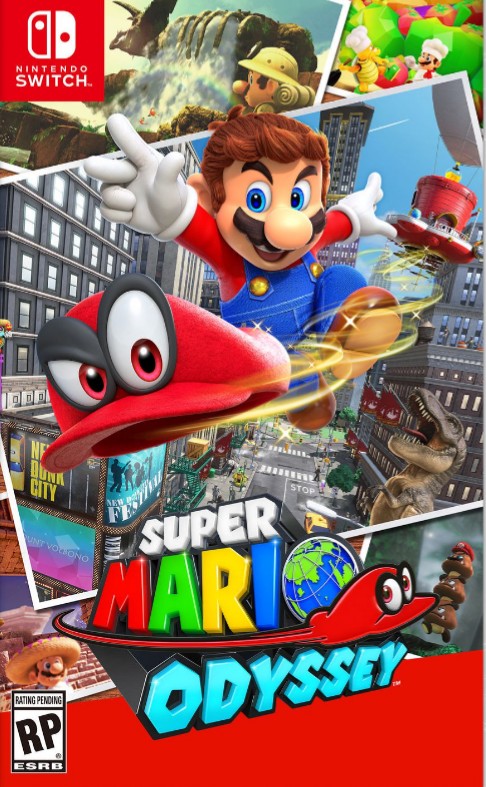 The buyer’s remorse is something we’ve all subjected ourselves to at some point. An affliction expedited by a powerful and corrupting desire of indulgence that we are either resistant too or eventually succumb too. The convenience of online retailers and auction sites only compounds the issue, with muted goading or pre-emptive marketing that interprets your buying needs through your personal online consumer habits. It can be tough to resist the urge not to purchase something instinctively rather than evaluate a composed appraisal that determines whether you really need that new ironing board cover or not. Bidding on an item comes with its own specific criteria for inciting this intuitive demand for ownership too, by introducing a pathological fear of losing an item you don’t actually own. Before long you’re so consumed with the idea of ownership that you’re left justifying to your spouse that an NES Classic, costing in excess of £150 is actually a lucrative investment. But I have to wonder whether “Non-buyers” remorse can be considered a legitimate failing?

When the Nintendo Switch was unveiled I was intrigued. Sure there was some apprehension concerning this composite hardware considering the Wii U’s abject failure to distinguish itself from its pervasive forbear, but Nintendo have never been one to simply apply greater accentuation to its power and compete directly with Microsoft and Sony, but rather innovate their hardware with creative flourishes that are identifiably Nintendo, if not always ostensibly aware of its functionality limitations, like the GameCube’s compromised software capacity. Yet there is something unequivocally exciting about Nintendo and their endemic influence over gamers, with the Switch demonstrating an infrastructure with incredible potential.

I immediately thought of the practical applications that could be applied to an exclusively portable series like Pokémon. How a full-fledged RPG Pokémon game, compartmentalized into a composite device, that’s both a traditional stationary console as well as portable one is a dream merger the industry desperately needs, even if we don’t realise it. Then there’s Super Mario Odyssey, a resplendent and infectious addition to the already bloated Mario series, that looks like an achievement God could have created instead of the heavens and the earth if he/she had a greater ambition and more time. You observe the Switch success knowing that your initial appraisal was vindicated, yet feel crucially dejected because you didn’t have enough conviction to actually buy it when you had the chance.

“Amazon UK here, resolving all of the pertinent questions concerning the Switch.”

I’d considered pre-ordering the Switch, but opted instead for cautious optimism, that meant waiting until after launch to assess whether or not it was in fact a viable alternative to my preferred console, the PS4. A wise and thoroughly mature decision I’m sure you’d agree….yet now I’m not so sure. Perhaps that impulse could have been a cathartic validation for its purchase? A big part of me regrets not getting it when I knew I could have saved for it. To have been part of a now growing community that has once again embraced Nintendo’s idealistic sensibilities, that has seen Nintendo endure as the industries most recognisable brand for over 30 years. I’m sure this feeling of exclusion will pass, in time, but the advent of Super Mario Odyssey has only ratified a potential notion that has steadily propagated since the Switches critically venerated release: that the Switch is the single most important device Nintendo has ever created. And I’m missing it!

How Gaming Has Encouraged Me To Succeed. 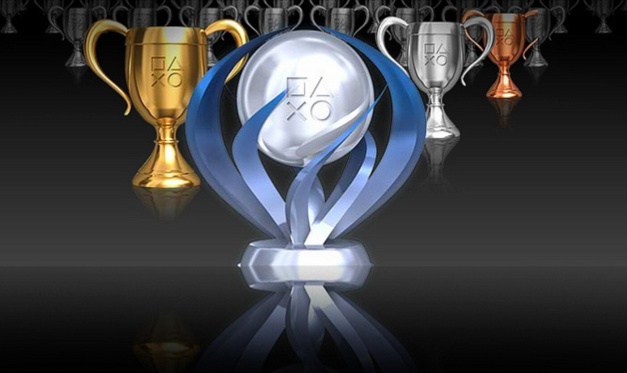 I can only apologise for the neglectful dereliction of duty on my supposed “gaming” blog at the moment. Life has become one Tetris like entity, as blocks of random and often I’ll fitting pieces continue to drop, stacking into an increasingly precarious tower. It just feels like there’s a flattening pressure rearing down on me like a train wearing lead high heels. Still, it’s structural rigidity is starting to diminish as the days go by and the burdening torture of pregnancy that cripples my girlfriend on a daily basis allows me to apply rigorous humility to my burgeoning problems, which by comparison are as important as nipples are on men. I can at least begin to loosen the bonds of encumbrance by finally preparing for my theory driving test, as I’ve finally martialed enough confidence as well as knowledge to take it. Well at least book an appointment for a few weeks time at least. Believe me I haven’t studied this hard since I was in school and if I’m honest I didn’t study then! Now I find my evenings are congested with complex hieroglyphics that are road signs, isolating potential hazards, conjectural scenarios and how to deal with specific instances. Battling randomly generated questions I’ve forgotten the answers too, the routine gesticulation and robust gestural signals you’re supposed know to indicate if you’re turning left, right or round and round the garden like a teddy bear, that defer all manner of meanings I can’t comprehend because my heads about to explode!

But I guess there is a loose gaming association when it comes to applying myself to learn. In a game I won’t give up; I’m determined, capable and exert an inexhaustible perseverance and belief that eventually I’ll succeed. Of course I swear a lot on my way to success but that’s merely a formality in the annals of victory. And I think we all have an inert capability to overcome any adversity, to challenge ourselves and earn those achievements/trophies. The gold trophies that I’ll hopefully receive for passing both the theory and practical tests, along with the various bronze and silver ones I’ve accumulated as I’ve progressed as a driver will all culminate in a beautiful, albeit figurative platinum. And I didn’t even lower the difficulty.

Can “The Last Of Us” Emulate Uncharted’s Success?

Posted by Karl Weller on February 1, 2012
Posted in: Poll. Tagged: Emulate, Naughty Dog, poll, Success, The Last Of Us, Uncharted. Leave a comment

Check out the link and let me know your thoughts. 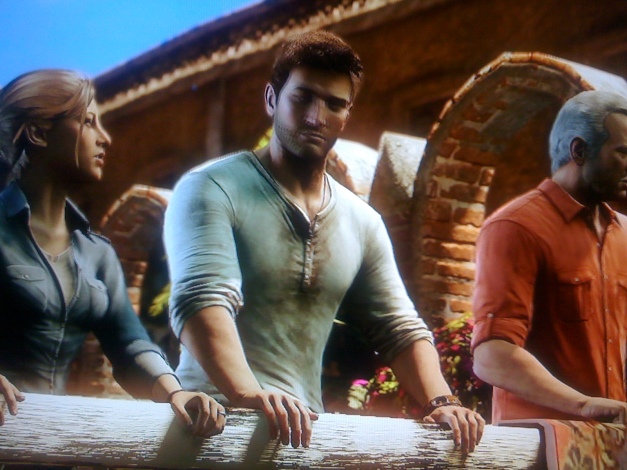 Nathan Drake embodies everything that most red-blooded male’s would aspire to be, charismatic, witty and unashamedly handsome, he is the very definition of cool. I mean come on, who wouldn’t want to travel to various exotic locations, have the uncanny ability to leap great distances nimbly from one wall to another before desperately clutching on to a loose stone pillar with one hand, and firing rounds into an enemy combatants torso with the other, and all that without messing up your hair (which is impressive). Collectively us males should hate the git, just for seemingly being perfect, but its his charm and the underlying fact that Drake is essentially a flawed individual that helps us to befriend him, and is integral to Uncharted’s continuous ascension.

Nate is a strangely sympathetic character, which is a benefit considering he’s sometimes reckless approach to situations leads to you hanging precariously off the side of a cliff or plummeting towards earth after the plane you occupied implode’s, but because it’s Nate, these perilous situations seem somehow justified. You become sucked into his world and your there with him through all of his dangerous endeavors, through every gun fight, through every narrow escape, through every excruciating fall, you’re taking the punches with him, and its this sympathetic inclination that wills you and Nate on to succeed, despite the astronomical odds. Uncharted itself is an anomaly, from the huge set pieces that evoke moments of awe as well as terror, to the intricately woven narratives that help the game become so much more than just another action adventure, these qualities and many more besides would be more than sufficient to heighten Uncharted to worldwide praise, but its Nathan Drake and the constantly evolving cast that elevate’s Uncharted to even greater heights.

Victor Sullivan, Elena Fisher, Chloe Frazer and more besides all assist in adding further depth and weight to an already impressive story, each with their own unique personalities, and although they can be perceived as slightly exaggerated individuals they are still very much believable, which in a game as varied and explosive as Uncharted is both difficult to achieve, but also essential when attempting to maintain the gamers attention and trust when a fictitious château deep in the jungles of France (yes I know how that sounds) is suddenly incinerated, with you still trapped inside. Keeping gamers entertained is one thing, but making it seem genuinely believable is almost impossible, unless your Naughty Dog apparently.

Ok, so I’ve gone a little off topic from my initial point I was trying to convey, by stating matter-of-factly, that Nathan Drake is key to Uncharted’s overwhelming acclaim, and I stick by this statement, but without the incredible array of characters for Nate to bounce off, the increasingly mature and sophisticated narratives and dialogue which helps the embellished occurrences seem legitimate, as well as giving video game narratives an element of credibility, not to mention the epic set-pieces which make Michael Bay movies seem mundane and amateurish (although Bay needs little assistance for this), all culminate to form one of the most mature games ever assembled. As for Drake, well I think it’s fair to say that he and to a certain degree Nolan North, have had a positive affect on the way I perceive my life, and I hope to one day express my appreciation to Naughty Dog and North for creating the greatest game protagonist, Nathan Drake. Just don’t get in a train with him…..or a car, or boat, or plane, actually you probably better off just going down the pub for a few bevvies…….all though come to think of it? No, you probably shouldn’t venture out at all.

How important do you think Nathan Drake is to the Uncharted series? Let me know your thoughts, cheers.