How GTA “Continues” To Ruin My Life! 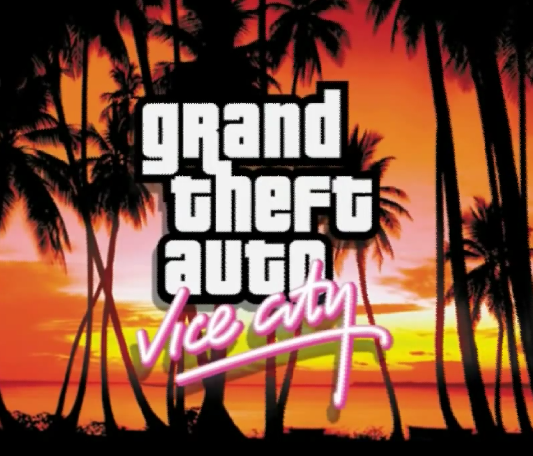 Hello, my name is Karl and I’m GTAlcoholic. It’s a terminal condition, one allegedly benign as long as fomented harassment is averted with permanent intermission. The overture for my prostrated dependency formed from the simple elocution of GTA’s alluring influence, or words to that effect. It was during the heady, felonious days of Vice City that enamoured much of my capricious obsession. Cruising from one equitable establishment to another, with occasional misdemeanour’s and vigorous chainsaw assaults on stray vagrants to amuse me between monetary restitution’s was my daily grind. Recollections of those days are still vividly deposited at the forefront of mind, as my exerted struggle for dominion over the province of Vice City finally recompensed my abhorrent contempt for human existence, with the gilded appurtenances of power! Such as exotic cars, an inert depositary cached in my elasticated back pocket (Is that a Semi……..automatic rifle or are you just, oh, it is.) and the acquisition of a property so garish even Scrooge McDuck would have to loan his nephews into prostitution to afford it. A bespoke mansion that is the physical construct of my own ruminant ambition. “Kneel before me trivial, pixellated pedestrians!” But all of these acclaimed memories are supplanted by the pronounced musical accompaniment that was so much more vivacious and infuriating! You see “I just ran. I ran all night and day!” AHHH! Get out of my head! Years of selfish abuse has consolidated a thrift of nostalgic music into my fractured mind, displacing most of my accomplishments with a suggestive influence derived from such auxiliary, often subliminal notations.

When I say that these audited harbingers have blighted my life, I literally mean they make me grimace in anguish. My face contorts into snarl as if I’ve just discovered Michael Bay is remaking Back To The Future with the Wayans Brothers. Yet all the while my foot taps, my hand clenches into a fist as I retract my arm inward like a 90’s singer impeaching his love for an unspecified woman, as my pursed mouth instinctively unfurled and mimics “Video killed the radio star” with muted reciprocation, yet again provoking nauseating acrimony! Every-time an accursed song plays on the radio that correlates with this game, I become emotionally crippled, riddled by composite synchronism of nostalgic mirth and inhibited malice. Years of abstinence from this game had negated many of its residual provocations; the subordinate characters, the satirical perception on 80’s culture and the overt pastiche of the decades movie and television shows (most notably Scarface and Miami Vice). My artifice was one composed of deliberate omission, to forget everything about this game…….and I failed in spectacular fashion! I haven’t ever suppressed its luminance. I mean I can still negotiate around Vice City better than my own home! But its the synthesised melodies that have never truly abated my peripheral subconscious. From Flock of Seagulls to Slayer, the variation of 80’s music permeated throughout Vice City, instilling “I just died in your arms tonight. It must have been something you said” grr! INSTILLING the ambient absurdity of that decade. The negligence of affluence, the abated morality of consumerism, the pomposity of corporate greed, the plethora of transgressive equality retained in yuppie culture, the “Come on feel the noise!”, the fashion and the extruded volatility of humanity, personified in this instance by Tommy “I’m not Henry Hill” Vercetti and “It’s going to take a lot to drag me away from you. There’s nothing that a 100 men or more could ever do”. *Sigh*

Damn, I’m sorry. But I’ve got to go and listen to some Jan Hammer now while I canter solemnly down a Miami beach, gazing longingly as the grains of sand yield to the waves rippling caress and the wind ruffles my distended mullet. All while I repeatedly remove my sunglasses from my rankled face, before placing them back while again staring longingly at…….absolutely nothing.

What game soundtracks are still stuck in your head?