Could “Pokemon Let’s Go” Be The Very Best? 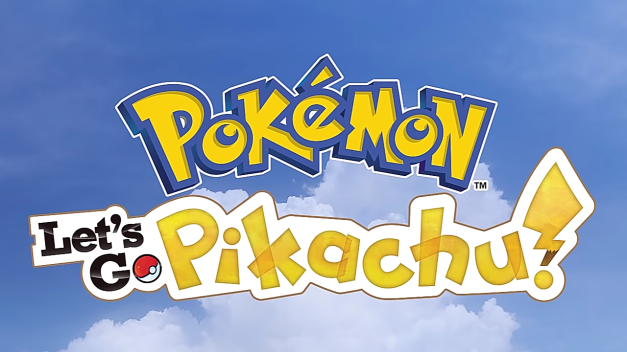 Can you even remember what it was like to play computer games as a kid? To me it was a puerile time when fart noises were funny, games were fun and the only scrutiny they’d come under was whether or not blowing into a cartridge had any legitimate restorative effects (it did!). Positivity and fun were effortless concepts that no amount of adult pessimism could shake. Now we’ve become jaded by a cynical industry that values commerce not craft. The toxicity that pollutes our resplendent pastime has had such a profound impact that we as a community, one that continues to invest money and time to ensure the preservation of our beloved obsession can’t see when something good happens. Pokémon is the latest series to provoke that same nauseating pessimism of its fans.

I’ve had a clear, preferential and distinct perception of what a console Pokémon game should look and feel like, think “Breath Of The Wild: Gold and Silver”. Pokémon in all of its salubrious forms is a cherished childhood phenomenon. I still have an attic full of trading cards, stored in plastic sleeves in a “pog” binder. And I’ll admit that what I saw of “Let’s Go” really wasn’t what I had envisioned. Combining elements from a traditional Rpg style Pokémon game with its much slandered mobile cousin, “Pokémon Lets Go” is more of a malformed aberration than it is a competent precursor to the future trajectory of the series. This is a game no one asked for, nor even a passing fascination for players, particularly with such a diluted alteration to the traditional mechanics. Though Gamefreak have hastily clarified this isn’t a mainline entry, acting more as a remodelling of the original Pokémon Yellow, you can’t help notice that this is merely a preamble to something greater. A small tentative step onto a composite console Gamefreak themselves weren’t confident would sell. And if we’re honest it’s a smart initiative.

Pokémon Let’s Go is a clever design idea, one that eases the more casual players of “Pokémon Go” in with familiar concepts, breaching into a market that has attracted 200 million downloads to a system that encompasses the constituent versatility of portability. That ambulant freedom afforded by “Pokémon Go” cannot be underestimated nor ignored considering the broadening appeal created by it. When you consider Gamefreak’s hesitancy to commit to the Switch would you not be a little sceptical of a mainline Pokémon game being released so soon? I sure would be.

I’ve personally been very critical of the series over the years, bemoaning its sterility and stagnation. Gamefreak’s reliance on complacent sequels that their dedicated and compliant fan base will purchase without a second thought, and their reluctance to improve the game without subtracting popular functions or slightly elevating the aesthetics has really prevented me from engaging with it in any enthusiastic capacity. So for them to finally approach the brand from a different angle is commendable. It’s an assured risk in the sense that it isn’t deviating drastically from its traditional lineage, but tweaking certain game mechanics that haven’t been adjusted outside of spinoffs, which admittedly feels rather disconcerting, but exciting too.

Nintendo’s decision to expand major properties into the accessible mobile sector they had been so resistant too has turned out to be extremely resourceful for Pokémon, as well as profitable. By allowing brands like this to be moulded in different ways is advantageous for Pokémon as a whole. “Pokémon Let’s Go” promises to be a truly distinctive tangent in the Pokémon contingent, offering something uniquely defined that the franchise has desperately needed for decades! There’s every reason to be optimistic: if its well received we get more, if it isn’t, well the mainline title will be out next year anyway. It will certainly be a divisive iteration, with the potential to ostracize purists who resent the implication that anything needs to change, let alone taking influences from a derided mobile game. But this could be the swift, Hitmonlee kick up the sizeable Snorlax butt the series greatly needs!

If nothing else I’m going to buy six of those poke-ball peripherals just so I can finally live out my dream of becoming the very best, like no one ever was!

What do you think of Pokémon Lets Go? Let me know in the comments below. Cheers. 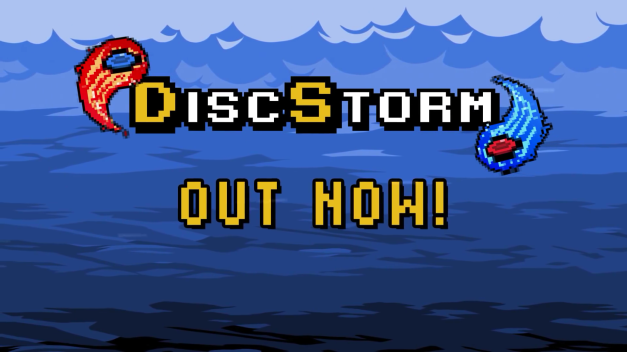 DiscStorm, the combative maelstrom of destructive chaos, epitomised with the flinging of serrated cylindrical objects was a game I was lucky enough to play at this years EGX Rezzed. It’s frenetic vibrancy presented at its moderate booth was one of the highlights of my jaunt, rousing curiosity, fun and providing ample opportunity to validate my latent gaming ability. Despite my keenness in assembling some form of cogent strategy that could amiably demonstrate to the surplus gaming community present just what my years of gaming experience had bestowed to me when I played it, it typically resulted in me distributing all my characters discs with startlingly severe velocity, directly at no one, instead ricocheted off the encompassing walls to an ultimately passive end. Oh well. Perhaps you’ll fare better.

Fast and furious arena-based combat game DiscStorm tests your mettle to the limit as you hurl flying discs that ricochet around the game’s arenas at break-neck speed in your quest to be the finest Disc Master around. Whether you’re lobbing them at an incoming pack of zombies or your best friend’s face, you’ll need split-second reactions to succeed. Inspired by skill-based, action games of the 90’s, players must have to play on the edge if they hope to survive in DiscStorm’s deadly, and frankly unusual, combat league. Choose from a diverse cast of unlikely competitors as you take on hordes of enemies in a buffet of unique, and dangerous environments as you earn your spot as a legend. Pick your poison in one of seven intense game modes, including Survival, Timebomb and DeathDisc, a mode that limits you to taking only one hit before you bite the proverbial dust. The choice is yours, and your fate, much like the discs, are in your hands.

Step up the competition and the challenge by taking on friends in local four-player multiplayer, as you compete head-to-head to the tune of a booming chiptune soundtrack.

Avoid traps, defeat bosses, outsmart your rivals and discover what it truly takes to become a champion.

DiscStorm is available now on PC, Mac and Linux. Check out the video an images below. 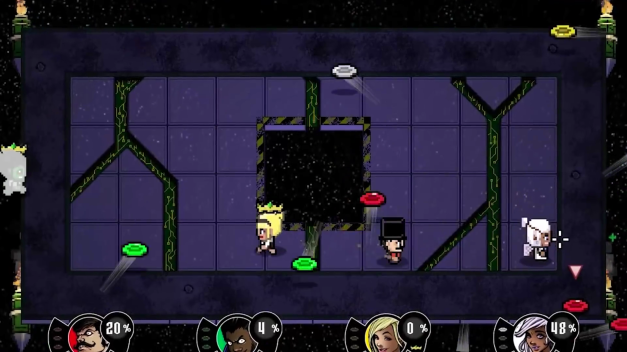 If you weren’t able to play the reworked version of classic platform adventure “Oddworld: Abe’s Oddysee” on the PS4 (why haven’t you bought one yet?) then fear not, because “New ‘n’ Tasty is now available for the PS3. Yeah!

On PlayStation 3, Oddworld: New ‘n’ Tasty features the game great gameplay that wowed players and critics alike on PS4, with rich visuals and a whole loincloth full of improvements and tweaks since the PS4 launch of the game. 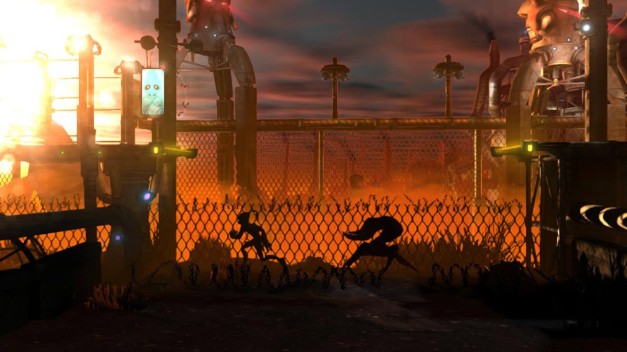 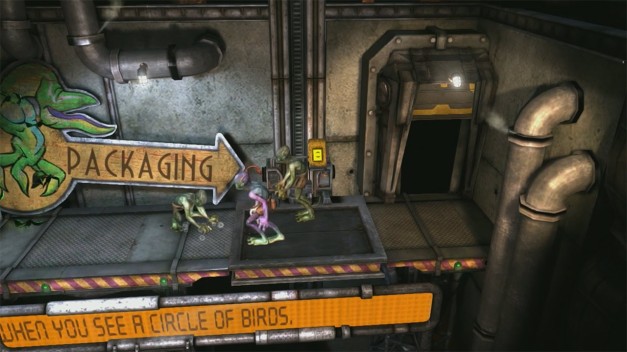 I’ve had this downloaded on my PS4 for some time now. This just reminds me how much I need to play it. Oh great, there’s a trailer too!

Should Games Be Released Midweek Or Fridays?

How Regularly Should Games Be Released?

It’s only been a couple of weeks since the release of the inevitable annual FIFA, and your probably still attempting to ascertain the difference between the new and “Improved” FIFA in comparison to last years apparently inferior version. Obviously I’m being callously sarcastic, because there is clearly a huge, Ronaldinho teeth size distinctions visually and technically between the 2, I mean come on, it’s not like EA only lazily update the teams and kits for the sole purpose of making money?…..*cough* Be that as it may, the battle for footballing supremacy is now fully underway between the 2 bitter rivals, but EA have already announced the release of another FIFA Street, and Oh? Is that a collective cheer of anticipation I hear. Oh, no it isn’t?

I know what your thinking, the thought of another FIFA Street would be enough to leave even the most hardened of Footy fans feeling thoroughly underwhelmed. They havent been great I know, fun, but repetitive after extended periods of plays, but this FIFA Street could be the game changer (see what I did there?). The major catalyst that could alter the success of this rather disappointing offspring is that this version is being developed by the team that created this years FIFA, which I’m hoping will be a good thing. Regulars to the series will already know what to expect, being able to play as your favourite international stars across 35 variant locations around the world, participate in five-a-side, one-on-one and futsal (no, I don’t know what that is either) matches as well as EA’s “Street Ball Control” feature, which will involve the control you have on the ball, whilst, well, being on the street I would assume. If EA can incorporate the same intensity and intricate gameplay offered by its more professional counterpart, while still allowing you to look awe-inspiring as you nutmeg Messi (clearly still not basing this in reality), then FIFA Street might actually be good entertainment, if not OTT, and should act as a sufficient distraction from the frustrating world of FIFA 12 .

FIFA Street is released in Spring 2012, click the link to watch the trailer