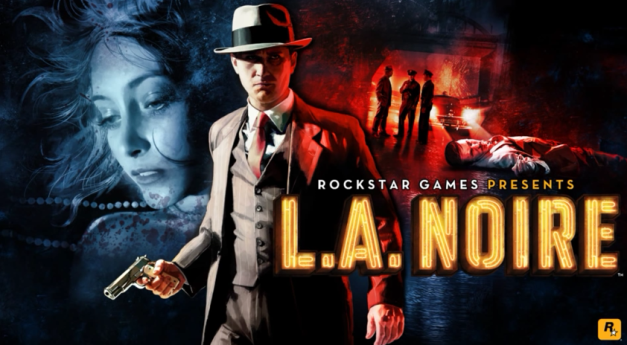 “What have we got then?”

“Hey boss. Caucasian male, mid to late 40’s. Currently a John Doe until identification can be established. Only witness is a man walking his dog, a Jerry Newman. Claims his found the body at around 6:15. What Do you think?”

“I think I need caffeine.”

“About the John Doe I mean?”

“Yeah I know. Let me see. Blunt force Trauma to the left cheek, cranial perforation on the right temple, caused by a blunt implement, possibly a hammer judging by the concavity of the impact. Blow to the abdomen was made prior to the head trauma. The blunt instrument used was indeed a hammer, corroborated by the two piercing stab wounds on his stomach that indicate the claw. I assume no murder weapon was found?”

“Hmm? The second strike to the head was likely made to insure the victim remained complicit. The suspect potentially misjudged his or her own strength by acting on emotion, though this is just conjecture.”

“What makes you think that?”

“I’ve been working these streets a lot longer than you kid. Just call it a hunch. Anyway, the lack of blood around the victim in comparison to the claret stand shirt he’s wearing is very inconsistent. And judging by the lack of blood at the scene as well as the sand stuck in the crevices of the victims soles suggests the initial assault occurred in an alternate location. Can you get a sample of the powder on his shoes for analysis? Perhaps the white coats can determine its origin.”

“There appear to be some abrasions across his harms, likely defensive which certainly indicates that his death was not a mutually consenting one and that he knew the assailant. Judging by the rate of decomposition–factoring the adverse weather conditions last night–I’d say his been dead for at least 8-12 hours. There’s a minor laceration to the left of his neck, potentially scratch marks. Dust his face and for finger prints, we might get lucky and extract a partial. His a rather heavy-set male?”

“Well he would have been cumbersome to move, almost impossible to carry. Any drag marks in the vicinity?”

“Not that we’ve discovered. Found some tyre tracks about 20 metres South West of here, forensics are analysing them now to determine make. There are partial footprints scattered around the area, with size 10’s being the most consistent. We are likely looking for an accomplice considering our boys have stayed well clear of tempering, and we can exclude the victim with his size 9’s. There are no tangible identifying marks that we can attribute to the victim at least. The weather–as you mentioned–did a real number on the scene.”

“OK. Have you examined the contents of his wallet yet?”

“Strange? Why here? Why a construction site? Dumping a body in such an exposed location is very risky. Were hardly secluded?! Did you check you the inside pockets?”

“You’ll make a fine detective one day sergeant, if only you could learn to detect. What’s this then. A business card? A Mr L Monroe. Real estate.”

“That would be Leyland Monroe. Though real Estate Tycoon would be more appropriate.”

“Tell me, is this one of Monroe’s construction sites?”

“No, this one of his competitors. What are you thinking? Your getting that glazed look in your eye that makes me very disconcerted. I’m going to end up in hospital again aren’t I?”

“Oh behave yourself. The bullet barely grazed you! Though I believe we should pay Mr Monroe a visit. I’m sure he’d want to be formally abreast of a potential client or adversaries demise.”

“Adversary? What gives you that impression?”

“Please, I’ll tell you anything you want to know. Just please let me poop!”

No the above context isn’t missing extracts from Agatha Christie’s adolescent attempt at crime fiction, transcribed from her original crayon musings and published as a cruel jape to mock her subsequent illustrious career, but rather my interpretation of what I would be like if I were a detective, a dream realised when I played L.A Noire almost 2 years ago. OK, the arranged, barely literate narrative above is not a true representation of the game’s story, and the cheesy conversing is laced with presumptuous contradictions and contrite understanding of authoritative procedure, but I don’t care. Cheesy as it may seem, I have always envisioned myself as a Jake Gittes investigator. You know, adjusting my Trilby hat as a curtsy when a female enters a room and calling her “Ma’am”, while a tooth pick protrudes out of my mouth for no legitimate reason other than it looks commanding, and LA. Noire allows me to indulge in these fantasies. Let’s be honest, we all enjoy being the smartest person in the room, basking in the revered glances of admiration. And despite the rather arbitrary mechanics, arid vehicular activities, the stifling combat which could have been excluded indefinitely, and suspects who during interrogation appeared as though they were repressing a large, painful farts rather than a confessions, the game still felt as though the investigation would collapse without your mediating guidance.

Though your forcefully complicit in adhering to the rigid alignment of the contents spacial conventions, almost trapped in fully operative and inhabited city that was essentially devoid of any peripheral activity. Just merely generating civilians that remain on regimented routines that only deviated when engaged by yourself. But it still didn’t diminish the immersive sensation of being a detective, even when the game compelled you to engage in superfluous exposition, forcing you into a narrative cul-de-sac, and even though the clues were obvious, planted by the developer, it never seized in its authenticating conviction that you–the player–was solving these crimes. It was your job to discover reticent clues your inept partners couldn’t. To unravel the tangled mesh of circumstantial evidence that shrouded your investigations. Detecting the suspicion of detained suspects through the most frigid of facial contortions, differentiating between grimacing anxiety and subtle mannerisms of guilt, and granting appropriate restitution for their respective crimes. That’s not even factoring in the internal consequences of such a demanding job and the requisite, emotional resilience needed to sustain varying cases, even at the expense of marital monogamy through the characters detracting infidelity.

In short, L.A Noire made me feel clever. Which is extraordinary considering I was never capable of determining the perpetrator in Scooby-Doo! Now if you’ll excuse me, I have witnesses to interrogate, which when you possess such unrivalled intellect that I boast, it’s all Elementary my dear…um?…uh?…you, person?

What games have made you feel genuinely intelligent? And where were you on the night of October 10th? Let me know your confessions.  Capisce?