Does A Game Need To Be Difficult To Be Fully Appreciated? 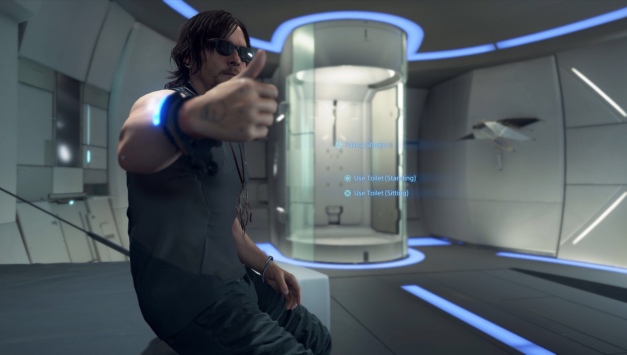 Hideo Kojima, the highly revered auteur of game design, as well as the world’s most foremost authority on “What. The actual. Fudge monkeys!” announced something rather understated, yet no less critical. Death Stranding, a highly anticipated departure from his (and they are “his”) Metal Gear Solid projects has incorporated a very easy mode in the game. An all inclusive difficulty setting that allows those with less than gifted hand eye coordination to experience Death Stranding’s ambitious and decidedly incomprehensible story, without all of that bothersome “engagement” so pervasive in computer games. Personally it’s not a difficulty I’d touch. A little guidance and hand holding to assist me through the formative moments of the game is fine, but extended supervision against A.I with diminished intellect is a little more tranquil than even I’m comfortable with. But the fact that this feature is an option is an asset I often find is trivialised.

We are permissive of casual gaming. That somehow a desultory labour is subservient to a greater more immersive challenge. This retitance of autonomy has been most popularised by “Dark Souls” savage treatment of player agency. The challenges inflicted by this sadistic series induces a reciprocated masochism from the people that play it. Somehow deriving pleasure from repeated and total failure. You have to respect a game that treats its players like an abusive uncle trying to teach his nephew how to play football. But the severity at which a game like Dark Souls enforces its tormenting rhetoric requires a dedicated, patient commitment, as well as talent, from its users to discover the appropriate strategy to vanquish a particularly infuriating creature. Purists will no doubt argue that applying a fixed difficulty on the player coerces them to adapt and improve to overcome any potential issues that will impede you. But I disagree.

Would it really harm the game or jeopardise your experience if the it provided an alternative difficulty that suitably matches the skill of someone who was less adept? Time isn’t a luxury afforded to many of us to “Get Good!”. Hell I’m lucky if I can find a solitary hour to play a game without being disturbed or nodding off. I’m often tired, lethargic from a long aggravating day of work. So I find I become allergic to games that demand you lavish attention on them like some spoilt child. The last thing I want to do is endure an agonising extension of my already miserable day! An option for accessibility shouldn’t be something to sneer at, but commend. Facilitating diversity, even if that means optional mitigation of certain functions can only benefit the games accessibility, without compromising the integrity of a games intended difficulty for those that pursue a more challenging experience.

Life is hard enough, without computer games trying to impose their own galling challenges. We shouldn’t be expected to deal with the parade of obstacles that hinders our own everyday lives, reflected in a game. So why worry if someone’s experience with Death Stranding is a little more casual. We’d make life easier sometimes if we could! We all experience life in our own unique way, so why should games be any different? Having the option to reduce a games difficulty shouldn’t inhibit or dilute how an individual experiences it, only enhance it. Besides, a Kojima game is an entirely different beast. One that’s unlikely to yield to the conformities of more rational narratives. The real challenge here will be interpreting the fertile delusions of a man who has always shifted from the banality of normality. You can’t expect people to understand the incomprehensible, while also trying to play game!

Should all games come with adjustable difficulty? Let me know in the comments below. Cheers.

One comment on “Does A Game Need To Be Difficult To Be Fully Appreciated?”